This is a wall of text. Here's a sound clip of me reading it out (I'm not Angus Deayton so it's quite bad) in case you can't be arsed to.

I'm doing a basic Creative Media course. Sub-GCSE level, rather easy stuff. I don't like it when stuff is too easy, I like a challenge, so I'm going above and beyond (Why am I not doing a GCSE level or above course? College isn't funded for them. Sucks.). I'm supposed to make a short video advertising the college I'm at. Most people will make something like your average "I IS AT DIS PLACE AN IT IS MINT DA COMPUTERZ WORK SOMETIMEZ AN EVRYFIN" college recruitment video. Not me. Oh no, not me. I'm making a mini-drama of sorts chronicling the few months in a fictional character's life getting kicked out of house, home and every other school in the area before learning of this wonderful college that can lift him from the valley of despair he feels he's strayed into. Something like that anyway.

So, why have I put this in Gear Chat? I'll tell you, I will. As well as filming, acting in and producing the lil' tiny film, I'm composing the music to it. I won't be doing that for a few weeks, but I already know I'm going for a Sleep Melody, Sleep type vibe. For this, I need a delay effect. What's the best and cheapest way to get a delay effect? I thought of building a very, very rudimentary effects box with just the circuitry for that one effect and two jacks for my bass and my amp - no on/off switch or anything - but I don't know how economically viable that would be, whether it'd just be better to buy an effects box that I can use for other things too. I saw a Line 6 one for £130 the other day. I really want to build a little effects box because it'd make my portfolio quite impressive, but if it'd be cheaper to get the Line 6 one I might settle for that. Then there's the question of how to actually build the little bugger. Buy a broken box and stick my own circuitry in it? Hammer a box out of sheet metal? I don't know. Video'll probably end up shit anyway

i honestly have no idea, but thats normal for me

In the pedal building world, the general consensus is DON'T try to build a delay pedal unless you're an uber-pro or very good with fiddly electronics 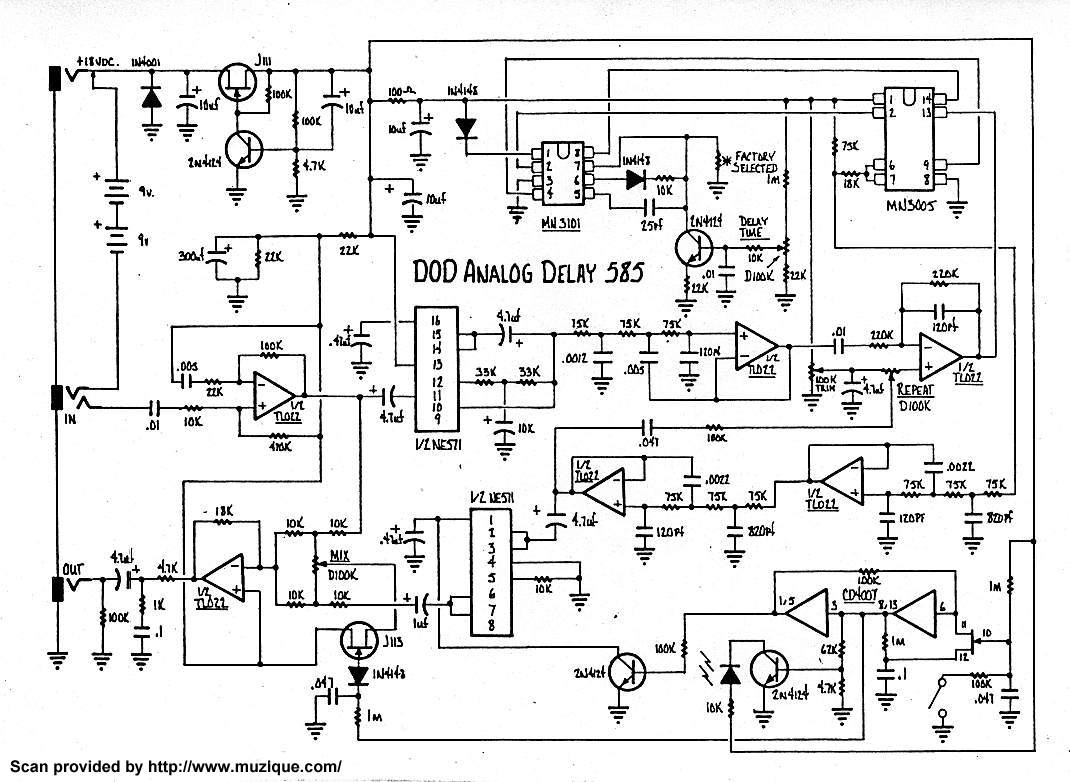 ...That reminds me. I still need to rebuild that awesome glitch distortion pedal 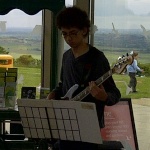 Cheers, I'll go for that Behringer one then

SuperMaximo93 wrote:In the pedal building world, the general consensus is DON'T try to build a delay pedal unless you're an uber-pro or very good with fiddly electronics

...That reminds me. I still need to rebuild that awesome glitch distortion pedal

Can you recommend a more easy to build/cheap sort of pedal to build? sounds like fun to try to build a (simple) one.

Distortions are pretty much the easiest thing to make. Depends on the distortion though.

This is the easiest one I've seen is this:
https://2img.net/r/ihimizer/i/thingamabob.jpg/

It's pretty awesome sounding! Proof that I've made it

If you feel like a boss today, you could grab a delay kit over at GeneralGuitarGadgets.com and get soldering. I bought a Big Muff Pi kit from there, and while I'm overall amazed by their support and quality for such a low price, I was kind of disappointed when I discovered I am missing A SINGLE CAPACITOR. 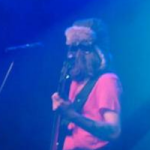 I'd suggest http://www.bitsbox.co.uk/ but they're UK based. You'd have to Google it. Look for electronic component specialist places like Bitsbox though as they tend to be a lot cheaper than general electronics stores.

If you record your music and send the file to me I can put any type of delay you want on it. Unless of course you want to play along with the delay which is understandable of course. But the offer is there. 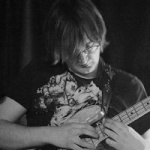 Well I want to actually compose the music using the delay pedal to get in the right frame of mind, y'know? Thanks for the offer though, I think I might take you up on it to see if you can put a 'better' delay on it than I can with a £20 Behringer pedal

Yeah no problem I thought you would want to play with the delay itself.

Is there a way to record the bass clean, but as I record it I can hear it with the delay? That question might not make much sense

Yeah if you have a way of splitting the signal in two, record one dry and one wet signal. How are you recording it? Have you got two outputs on your fx unit?

I haven't actually got the pedal yet

I don't have to do any of the music for a couple of weeks yet. Haven't even started filming yet. I figured it'd take ages to build an effects unit so I wanted to get that done first. Didn't know that delay pedals are damn near impossible for beginners to make

I do have no idea on how I'll actually record it though. I was going to tackle that particular hurdle closer to the time. I envisioned it as something like "plug bass into amPlug > plug amPlug into pedal > plug pedal into line-in on computer > hooray". Then maybe listen to my playing through whatever program I use to record. I don't know. My bass is an active bass so I wouldn't really need the amPlug would I? All I know is that I don't want to use my practice amp in the recording.
_________________

If you aren't afraid of using torrents you could get yourself a copy of abelton and guitar rig and just plug your bass straight into computer. If you are using standard line in on a computer and not a separate audio interface then I think you will need to go through your amp, as you may have noise issues from unbalanced signals and such. Abelton is a great program and is real user friendly but it is still a professional program, its just geared towards musicians rather than engineers. Guitar rig has some good bass amps sims so its not just aimed at guitarists, and it has delay effects too. This might seem a lot to get into when you just want to record a bit of music for a project, but its a lot easier than trying to build your own effects unit.

Is there any difference between using my amPlug and my practice amp to record (other than sound)? I'd much rather record with the amPlug.
_________________

Amplug, thats a headphone amp thing for practicing yea? Shouldn't be a problem I don't think, however since its only designed for headphones I can't imagine your output being that loud for recording but I could be wrong I have never used one. If you manage to record something and it sounds very low, send it to me and I'll reamp it for you and get it louder. I'll do my best without sacrificing quality.

It's not even that loud through headphones, to be honest. That's my only complaint with it

Cheers for the help (or at least, offer to help

). I'll send a PM your way when everything's recorded if stuff needs to be done to it.

SuperMaximo93 wrote:Distortions are pretty much the easiest thing to make. Depends on the distortion though.

This is the easiest one I've seen is this:
https://2img.net/r/ihimizer/i/thingamabob.jpg/

It's pretty awesome sounding! Proof that I've made it

I ordered a set for a Big Daddy Distortion today, should be here after the weekend. Haven't been soldering for a long time, I hope I haven't lost my touch...

If I manage to build it, make it work and not blow anything up in the process, I'll try to get some pics/a review on here.

If I manage to build it, make it work and not blow anything up in the process, I'll try to get some pics/a review on here.

man if you end up blowing something up in the process I want to see pics of that lol.